I was up and out of the motel by 6:15 and didn’t wake Moses. Today was going to be one hell of a climb. Literally 3ft out the door was the first vertical step of the day, let’s call it EL5351. The 2.5 mile walk up to Humber Park was ALL uphill to the Devil’s Slide Trailhead.

As I walked the road the neighborhood was walking up around me. An older gentleman was out by his truck, I said good morning as I passed, he said the same back. A few minutes later he pulled up and asked if I wanted a ride to the top of the hill(it pays to just be randomly polite). I assume he’s seen a fair amount of hikers coming up this way over the last month. I thanked him but declined saying that walking this is actually part of the trail due to the fire closure.

The Devil’s Slide Trail is 4.6 miles and leads up to Saddle Junction/PCT (EL 8114). Once there I decided to hike south 1.5 miles to touch the northern side of the Spitler Peak detour. Doing so means that I’ll have walked all open trail so far, I’m here so I might as well do it even though it added 1000ft elevation gains to this day.

When I returned to Saddle Junction I was greeted with some Trail Magic by Nathan and Alex. They had water,chips and hostess brownies. Thanks!

And I also had an early lunch of tuna, fretoz and tortilla, needed some mayo though. 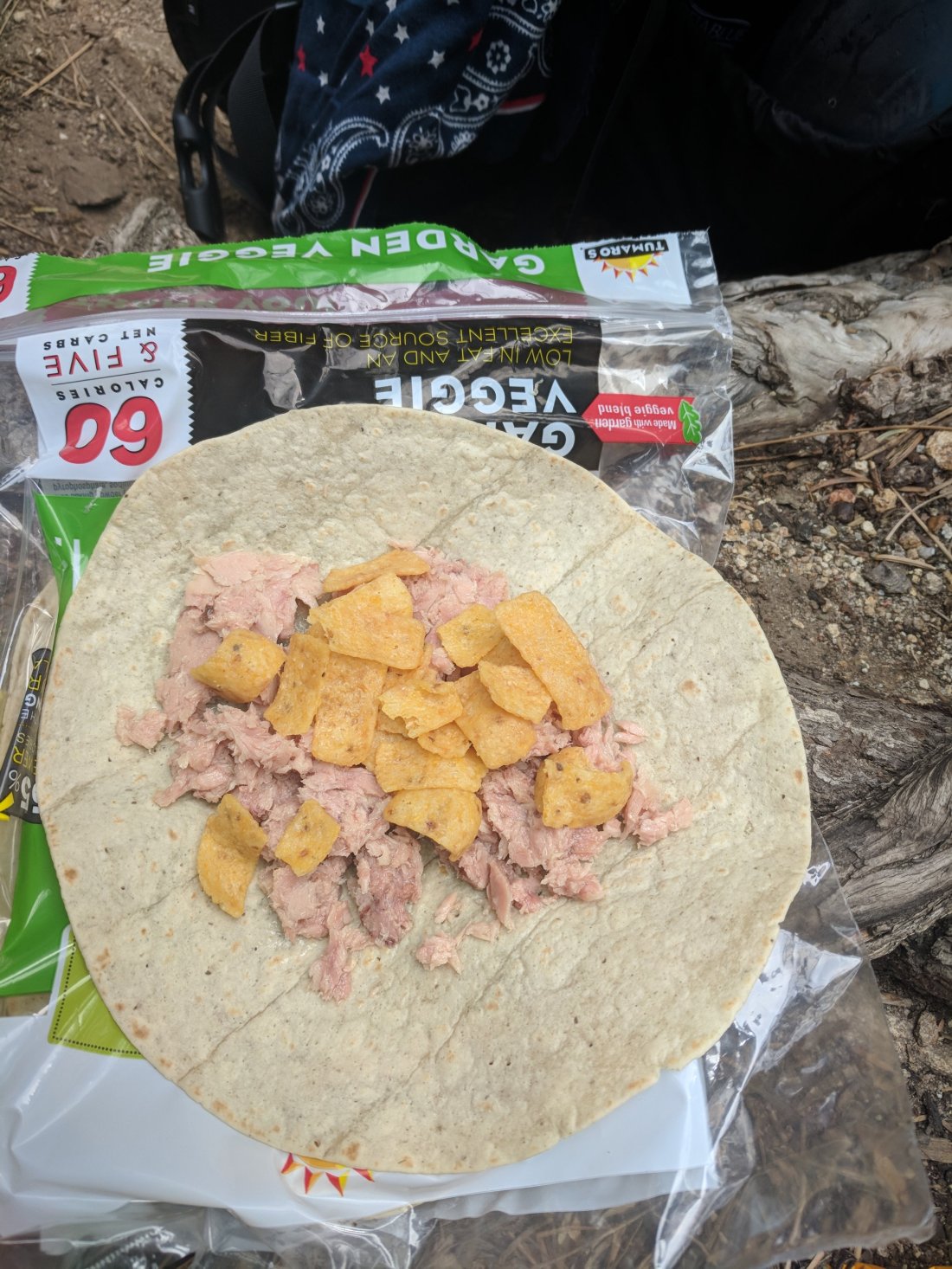 Onward to San Jacinto Peak Trail junction. This is where we have a choice to stay on the PCT or take an alternate trail to the peak. I chose to continue on the PCT because I don’t want to miss any trail and there is another junction 4.5 miles ahead to get to the peak.

Incidentally I ran into Duchie yesterday when I was walking into Idylwild. She chose to skip ahead to heal her ankle issue, it worked and she was headed back to the trail.

Now back to today, I wanted to summit Mt San Jacinto (EL 10,834) but time was slipping with a 7:30 sunset approaching. By the time I arrived to the next junction to the peak it was 5:00 and EL8993. Due to the climb ahead of me and having 5days of food + some water I chose to ditch my pack(approximately 30lbs now) behind a boulder. I took a water bottle, my GPS locator becon, phone and trekking poles for the next 1841ft climb. I made the summit at 6:30. 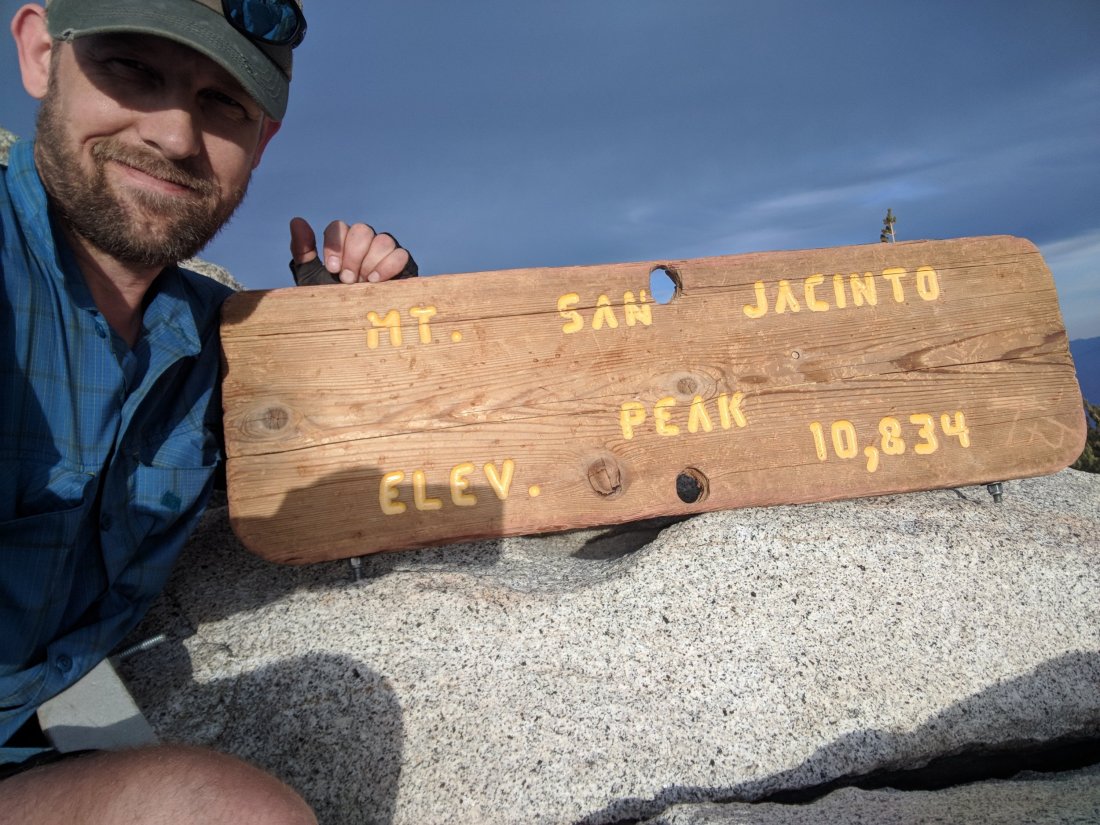 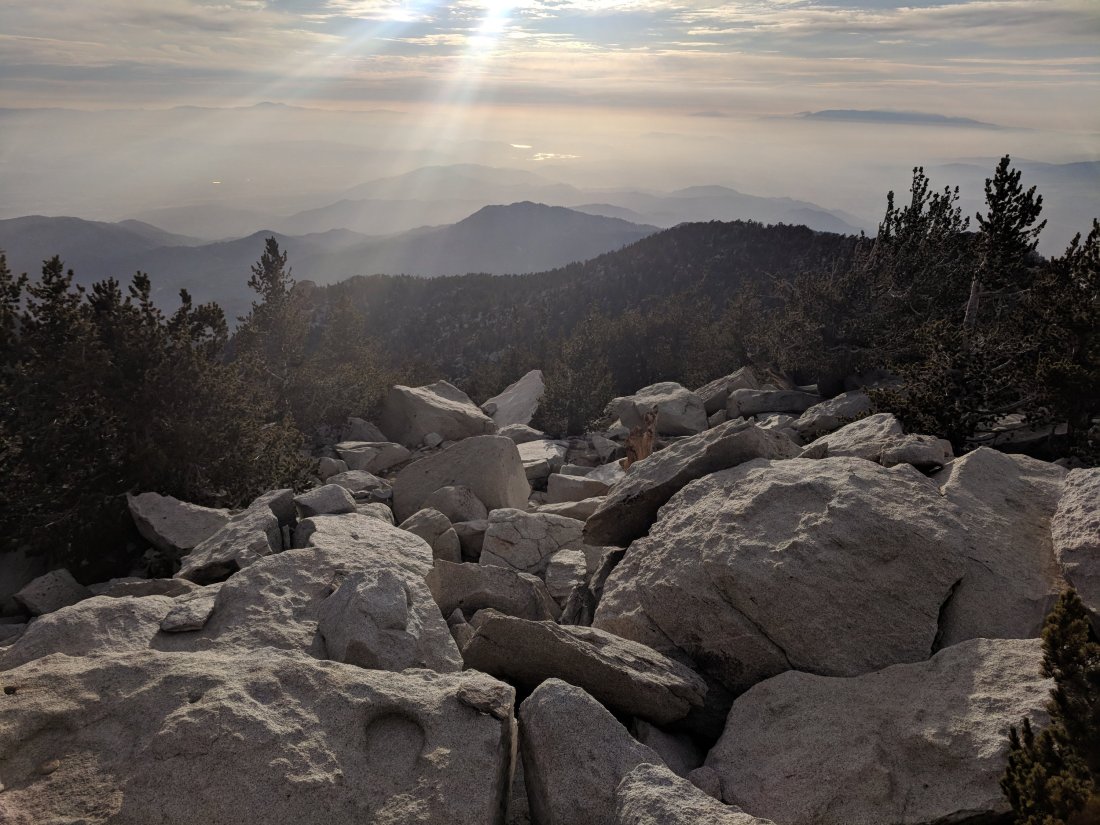 You can visit my Instagram (link on my home page) to see the 360 degree video. I wish I had more time to see the sunset from up here but gotta go and quickly.

This is an emergency shelter located about 100 yards from the peak. It has two bunk beds and some supplies. 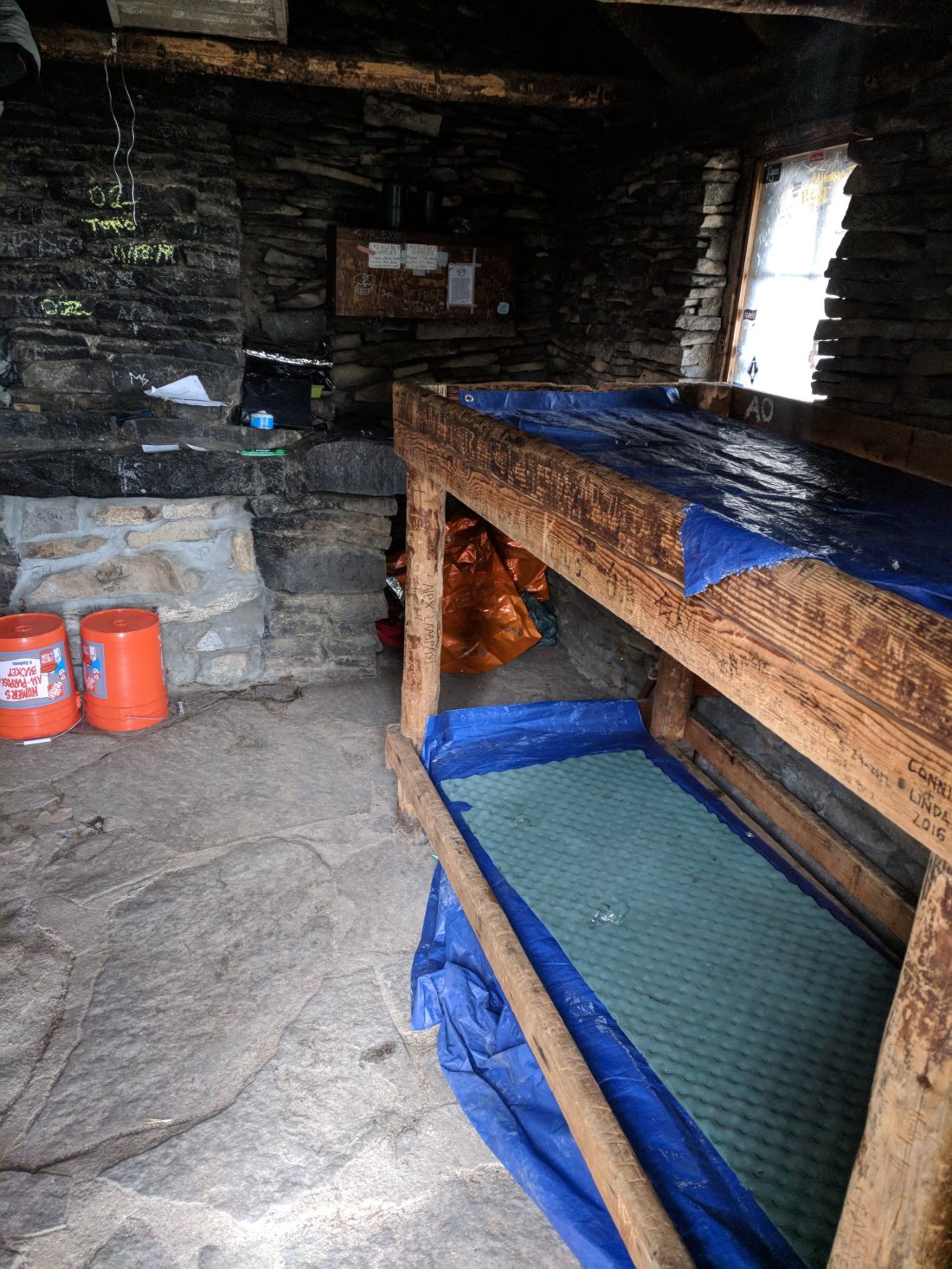 I decended quickly and had to use my cellphone flashlight for about the last 50ft of trail to my pack. Phew… I really cut it close! So now it’s dark, by myself and I need a place to camp. I had seen some campsites south on the trail near Deer Spring about 200yards away. When I arrived guess who was there by himself, Moses! I couldn’t find the campsite and didn’t want to go searching so we just cowboy camped right there next to the trail with the sound of water trickling.

So ended a long brutal day. If anyone wants to take a guess at the overall elevation gains by the footages given lemme know what you get! I’m too tired for math haha. And this was about a 20mile day to boot.

On my decent from the peak, notice a bright glow left of center above the tree. I believe that cloud had a small rainbow in it.

Tomorrow brings a 19mile waterless stretch and ALL downhill to the valley floor.