Yay a morning without condensation! Everyone was up and on trail within a half hour or so of each other. A long day ahead but civilization,aka McDonald’s on the horizon.

The first major lake (Silverwood) visible from the trail that wasn’t mostly evaporated. The picnic area was our noon rest stop.

As we were packing up to leave trail angels Hee-Haw and Swissarmy (PCT graduates of 2012) arrived with hotdogs, potato salad,ice cold Gatorade, Snickers bars and chips!! Thank you guys! 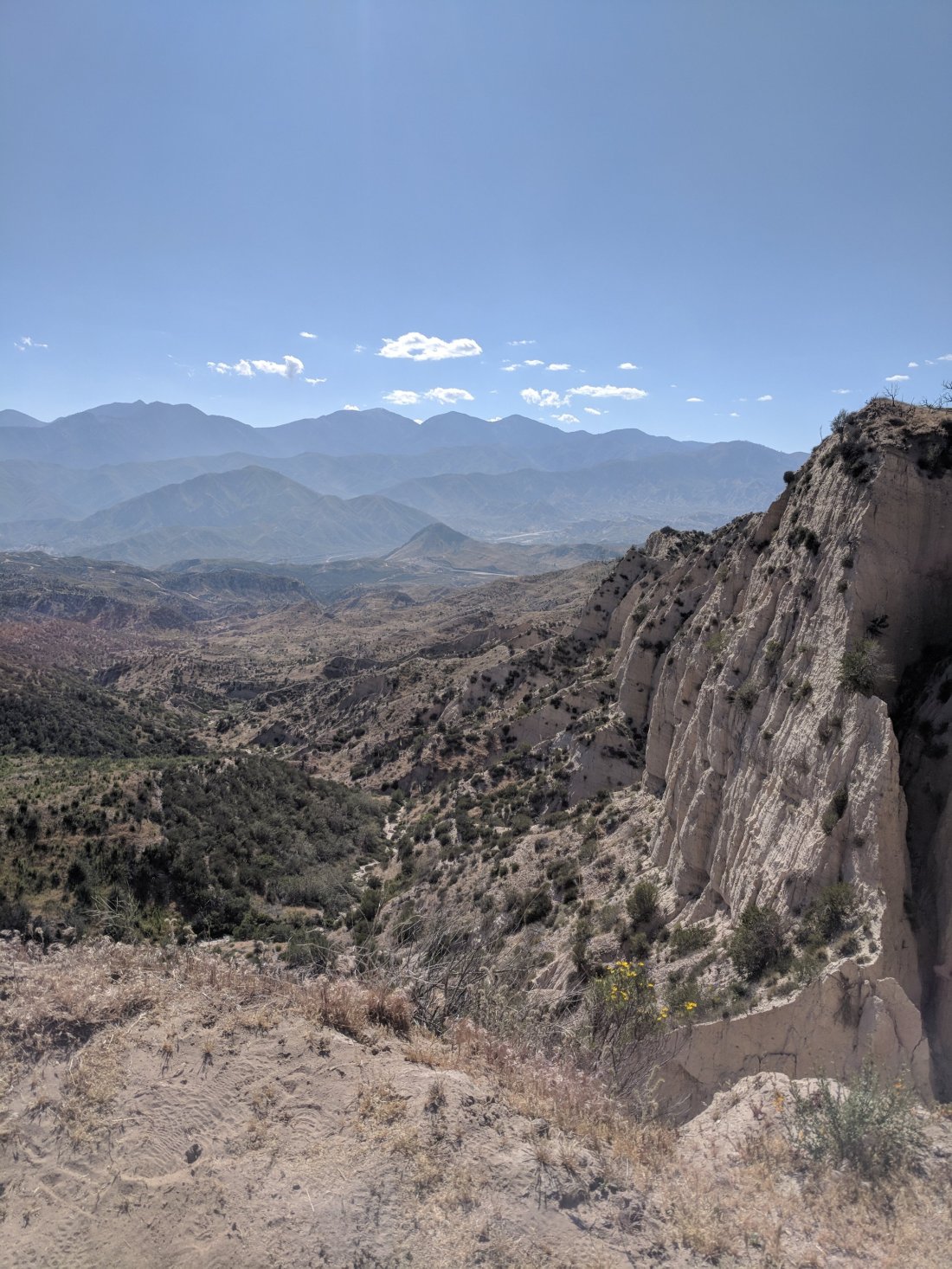 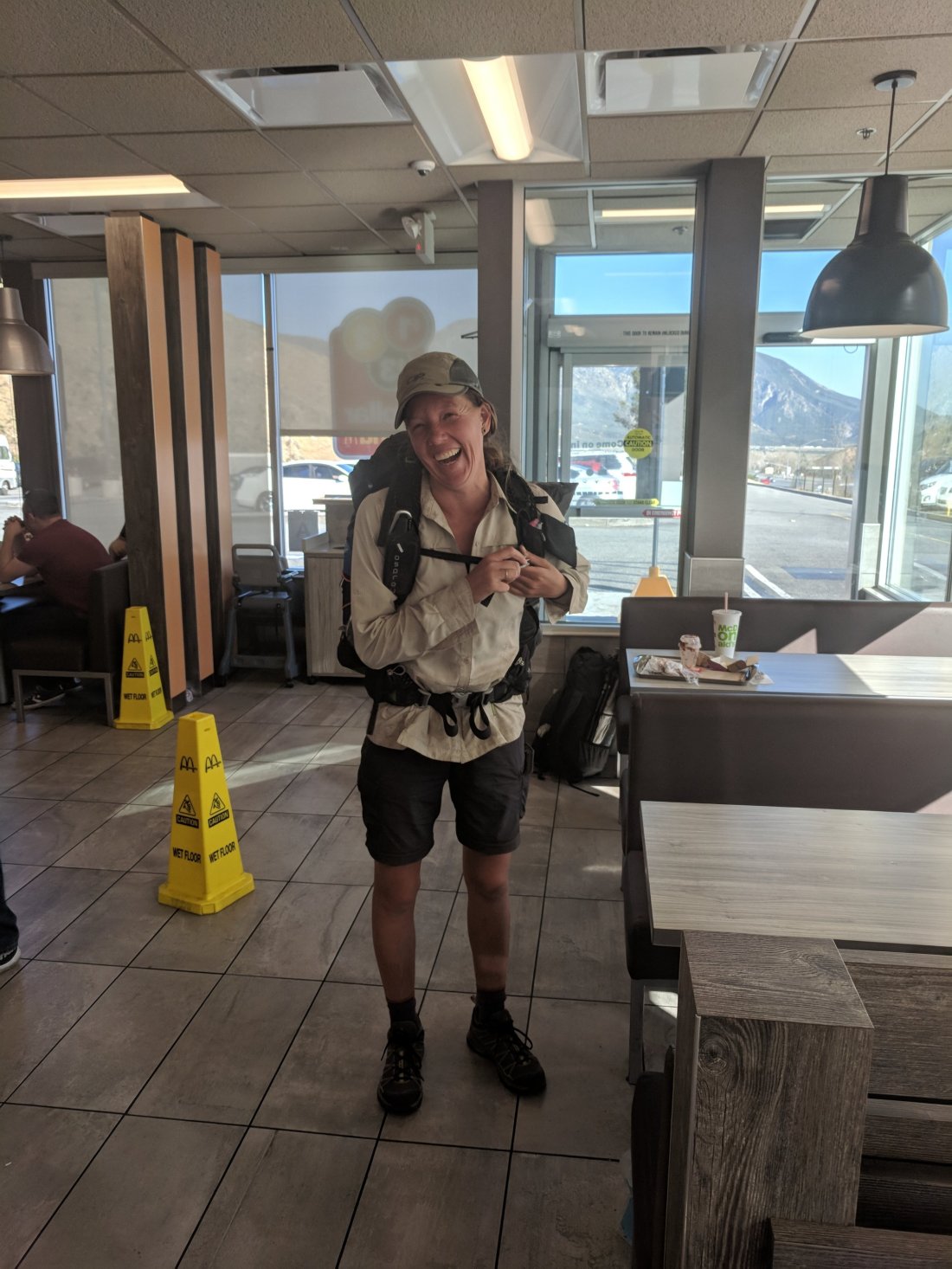 And look who was here, Dutchie from back before Mike’s Place who was having ankle problems, feeling better now.

I immediately ordered a quarter pounder,large fry, large pop and an M&M Mcflurry. I actually finished the Mcflurry before they served the meal! After about an hour or two at McDonald’s it was back to the trail a mile away I found a spot. Tomorrow is a 5000ft climb back up to 8000+ ft and into Wrightwood hopefully. 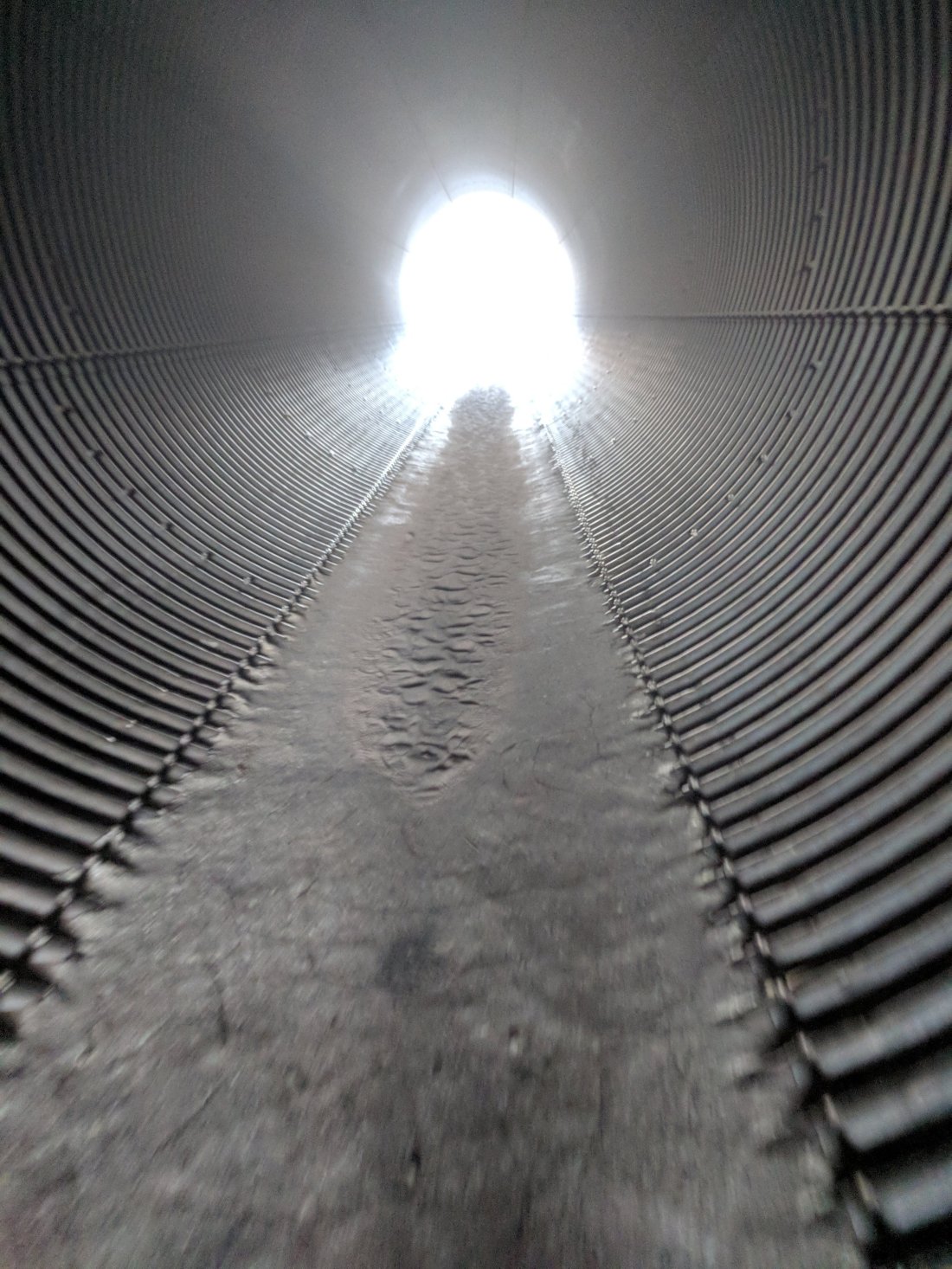 Tunnel under a road outside of Cajon Pass, camp just a half mile away.