This morning we had breakfast at Grumpy Bears Retreat about 3 miles away from the Kennedy Meadows general store. There was a guy giving rides in his truck shuttling us over there. It was busy and breakfast was close to an hour wait after placing the order. 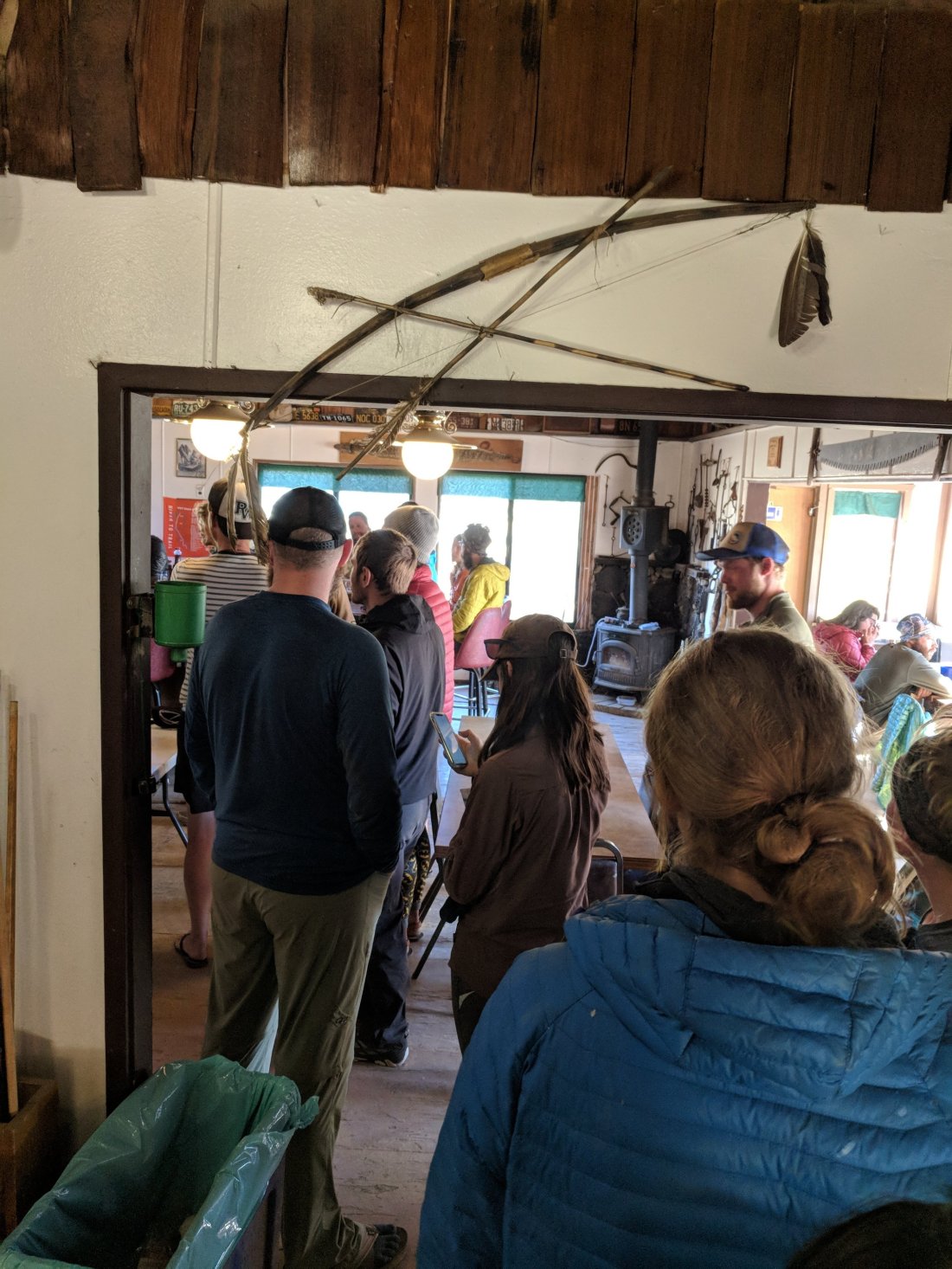 After breakfast Snacks, Budlight and I went to Triple Crown Outfitters. FYI, “Triple Crown” indicates completion of the Pacific Crest Trail, Continental Divide Trail and the Appalachian Trail. The store is set up in a residence and has all the basics for entering the Sierra’s.
The last few nights I’ve been cold in my quilt so I purchased a silk bag liner. This liner should help keep drafts off me, I also bought a small drysack for my electronics. 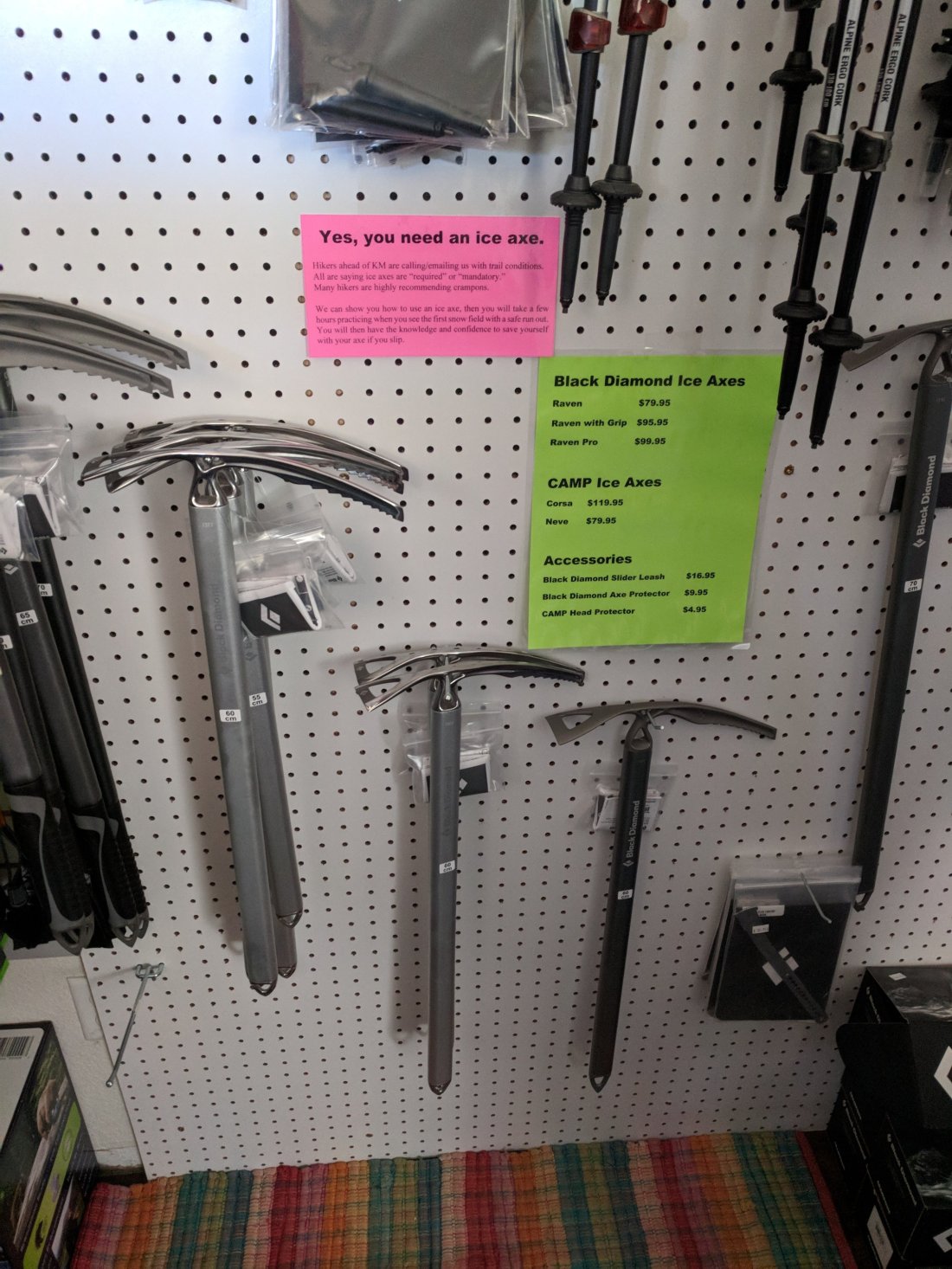 Recently there was a snow fall in the Sierra’s which had hikers headed down to the nearest towns to get out of the storm. Facebook posts were copied and posted on the walls of the store. It almost felt like a scare tactic to purchase more gear. However, on the other hand news is news and I’m a newbie at traversing snow at steep high altitude. There were alot of hikers buying gear but I felt prepared with what I had and wasn’t second guessing myself. 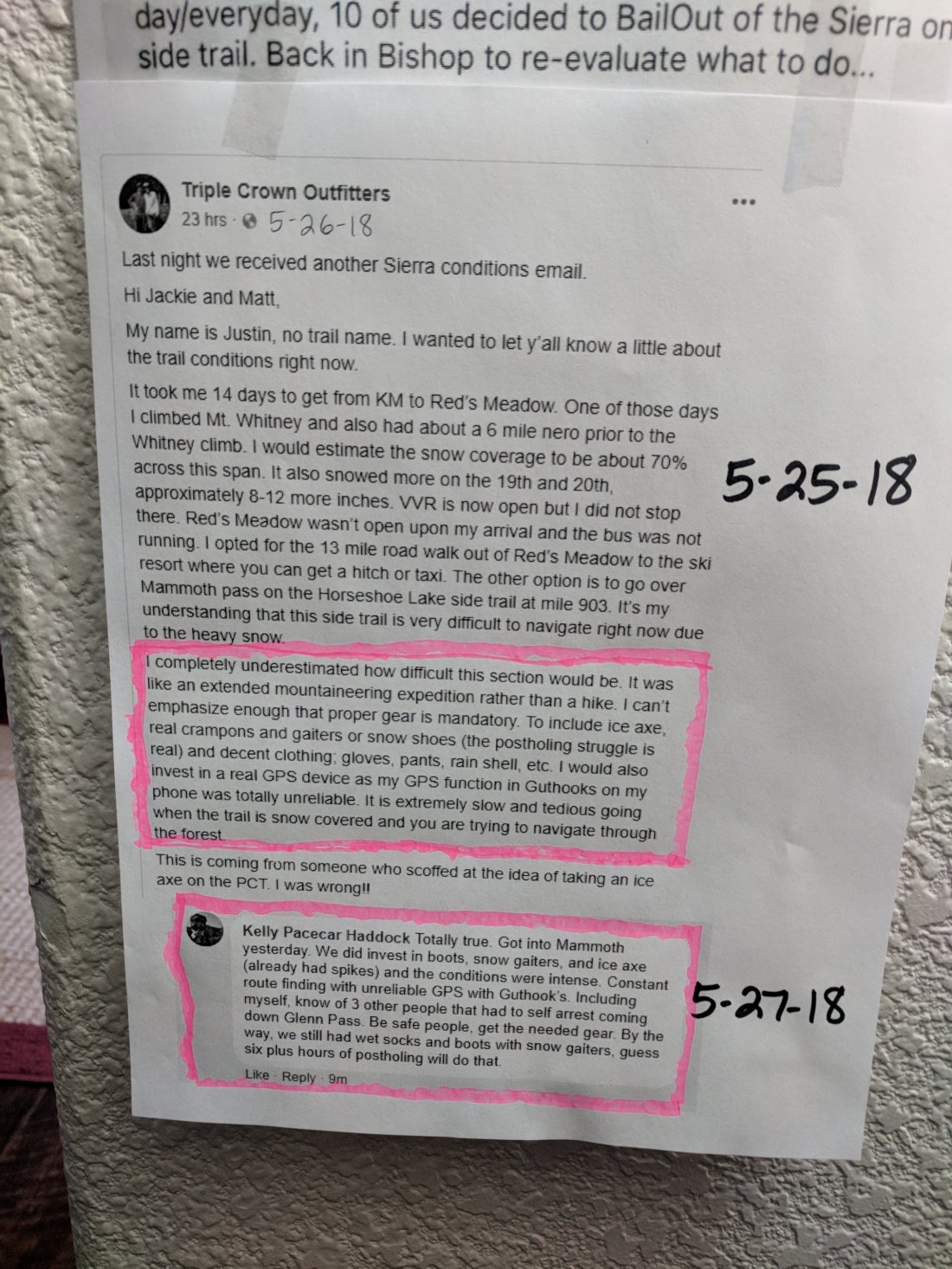 I got back to Kennedy Meadows store and packed out by 12:30. I said goodbyes to the gang since they are staying another night and I’ll be heading off trail to Lone Pine in 2days to retrieve my resupply. I’m not certain when we will cross paths again but I’m certain that we will!

I hiked 10 miles until 5pm then thunder started, I wanted a few more miles but wasn’t in the mood to walk in the rain so I promptly set up my tent at the nearest campsite. 5 other hikers had other ideas and forged ahead, I’m alone now. Within an hour the storm past by and blue sky’s now, birds of all kinds chirping as if nothing had happened.

After the storm had past, how quickly weather changes.

I heard some voices backwards on Trail so I went to say hello. Two other couples decided to set up tent like I did. One of the couples is Henry and Morgan! Yay! After a brief chat I made Swiss steak (thanks Kelly) and instant potatoes. Sitting in the sun on the hill above my camp eating. An hour ago this was the furthest scenario from my mind.

Kennedy Meadows was the worst town I’ve stopped at with regards to cell service, it’s a mountain town after all so I’m probably expecting to much. All I could do was text with 2bars and even then the signal would disappear. Fortunately I was able to receive words of encouragement on making my way to the 700 mile mark. Again like 500 it was a significant and inner emotional moment, I have survived the various pitfalls of the desert; tainted water, snakes, bees, foot ailments, heat and long water carries.

Tonight I hung my food bag for the first time because I don’t have my bearcan yet(coming to Lone Pine) and there has been bear activity within 7miles of here. 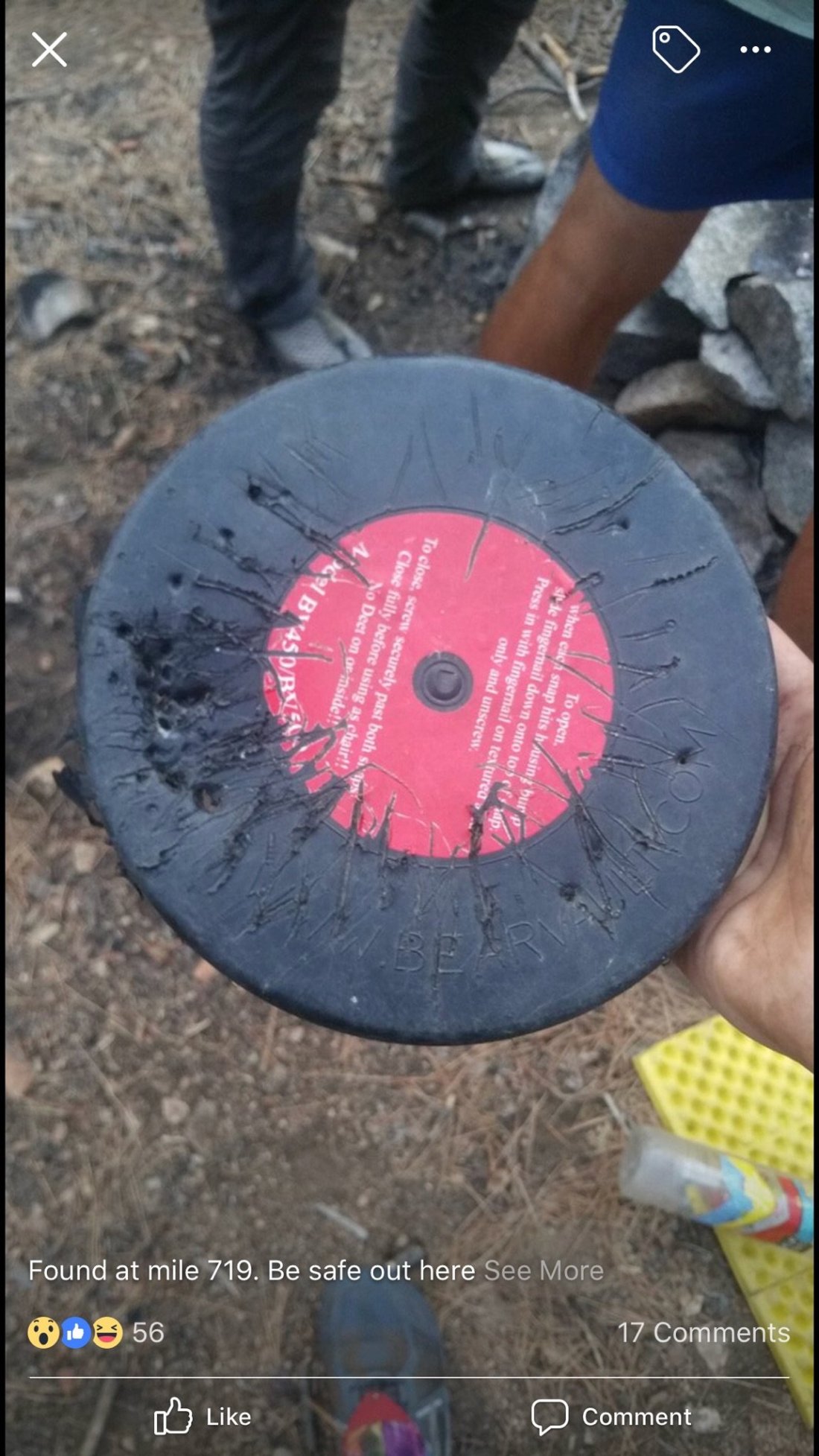 Above is a bearcan lid with claw marks from I assume a bear reported within a few miles of my camp tonight.