Yay it’s town day and normal food. I know it’s always the same story, excitement for a town that is, but it’s worth repeating! Sierra City is 1.5 downhill miles off trail and I arrived by 9:30am. I stopped into the general store to see if my package was there before heading to breakfast, it was there! The general store receives packages and sets them on a shelf fully accessible to customers so thankfully it was there.

As I left the store headed to Herringtons restaurant a man named Ched asked if I knew Peanut, his sister on the trail. I hadn’t heard the name this far. He’s been meeting her and writing about the journey along the way. We ended up eating together at breakfast and he offered a ride back up the hill which was greatly appreciated.

After breakfast we stopped back at the general store and I quickly situated my new supplies and we were off to the trail. Ched dropped me off at 11:30, a pretty great turn around time for a town stop I’d say. However, just as Ched drove away I realized I didn’t have my trekking poles, AGAIN!!! It’s always something it seems, town days are busy and I definitely get absent minded evidently.

I stashed my backpack in the woods and set out for a 3 mile round trip to retrieve the poles at the general store. So much for using my breakfast calories for the trail 😡. After chugging a Gatorade and getting back to the trail it was 12:30. Ahead of me like usual is a big climb out of these town valleys, 3300ft. On the way up I met Peanut coming down 😁.

Jeremy and I ended up camping together again at a state campground. He was in town as well but hung out at the general store for some time eating his fill.

Oh, I came around a corner and startled a doe. It ran briefly until I started talking to it. It actually walked back towards me! I’m an animal whisperer😁 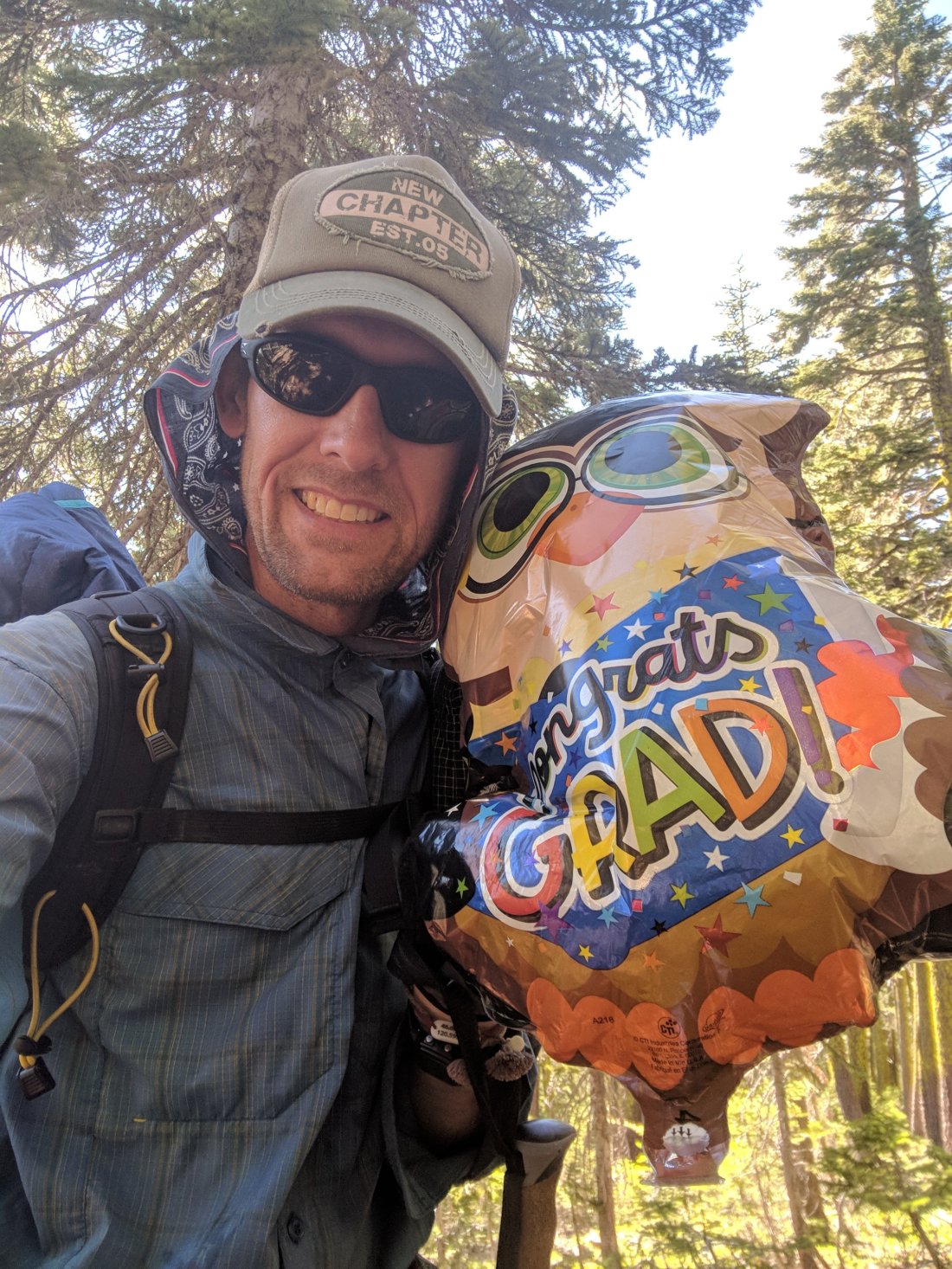 This is the fourth graduation balloon I’ve seen in the last 100 or so miles. Nocello found 2, one of which he took a video of as it floated down into a meadow. He had to use the video to figure out where it landed. He’s really good about picking up trash! I saw a third balloon stuck high in a tree and now this one just laying on the trail. Coincidentally I have graduates back home so it was kinda cool to find this. Note: don’t let balloons go free, they become trash somewhere. 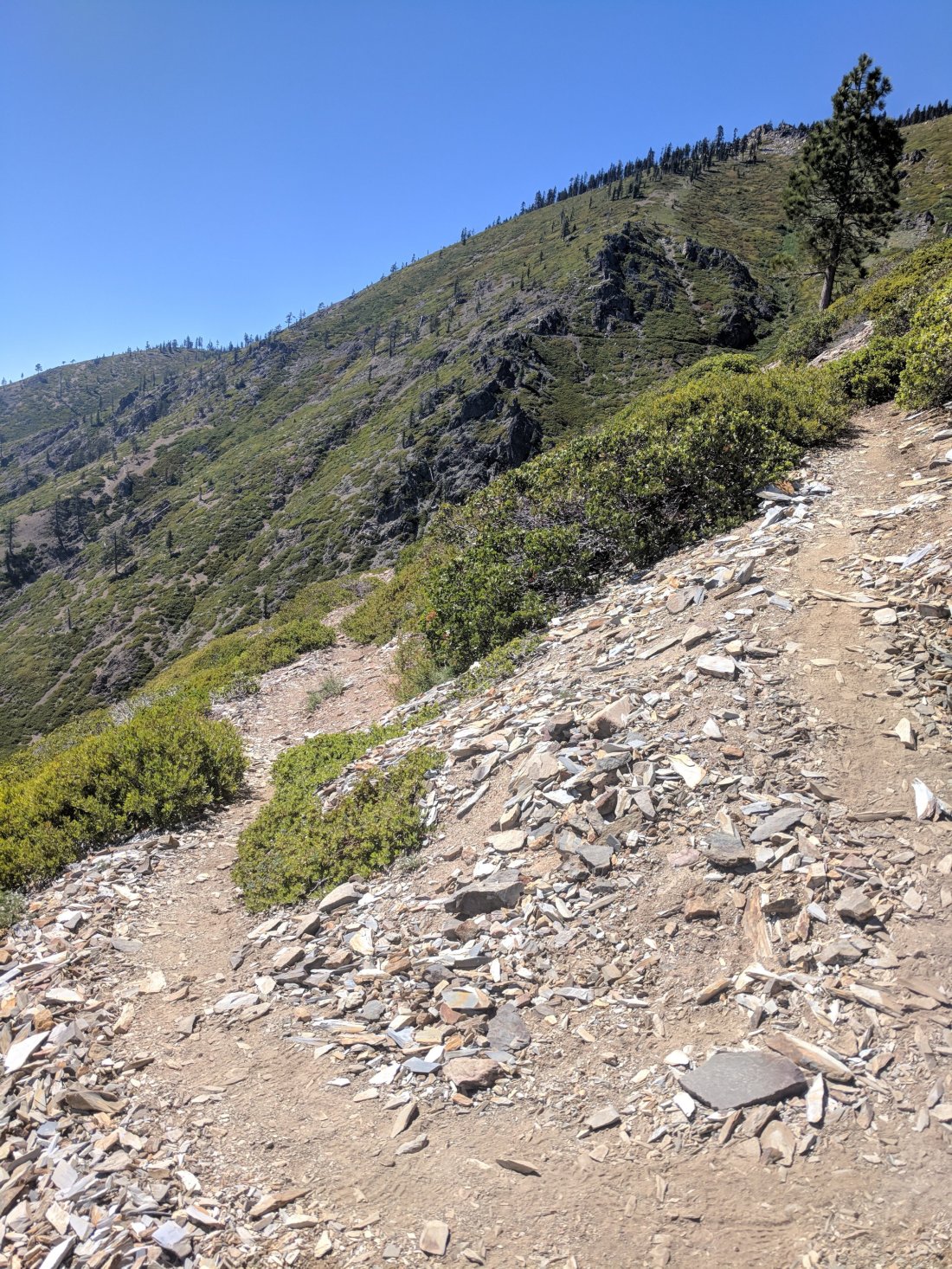