Behold the Bridge of the Gods, initially constructed in 1926 and is the lowest point on the PCT at mere feet above sea level. I also learned that shortly after its completion it had to be raised due to higher water levels from the construction of Bonneville Dam in the 1930’s. Bud Light, Black Hole and I decided to get breakfast again at Bridgeside Family Dining before starting the 3300ft ascent. 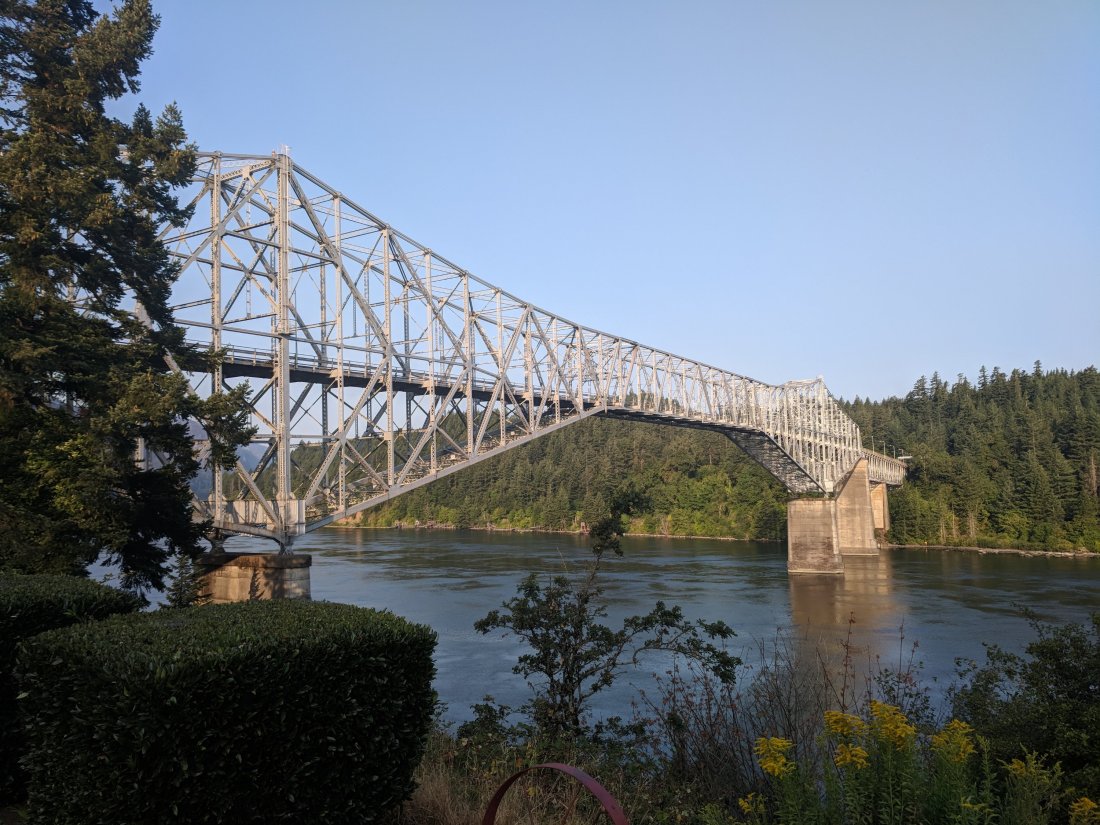 Unfortunately the bridge was not constructed with pedestrians in mind so there isn’t anywhere to pause and take pictures but between bursts of traffic. The toll booth attendant said no stopping on the bridge :(.

After looking at a dirt trail for months it was a bit unsettling to look directly down at water 70 ft below! Below: Moments before walking onto Washington soil!!

Above: I thought to myself that this is what the Oregon side must have looked like before the Eagle Creek fire.

With yesterdays resupply from Kelly I wont need to resupply again until White Pass in 147 miles. Today, in addition to my normal food items I’m also carrying 4 peaches, 2 avocados, a quart bag of macaroni salad and some fried chicken! Yeah, I’m spoiled and paying the price of a heavy pack. The hike out of the canyon proved to be more daunting than I imagined. This is the first time my entire shirt was drenched in sweat partly due to higher humidity under the tree cover, I could probably squeeze a cup out of it several times today.

We took a rest break at Rock Creek (2166.2) which had a nice swimming hole, got in and washed off completely. The creek had small trout that were inquisitive and several at a time swam inches away from me in the clear water. Two other hikers are here swimming as well Josh and Mong. They are joining their PCT hiker buddy for a few days to White Pass.

Not much happened today, it was mostly tree cover with no views and what little view there might be was obscured by smoke. I know of 2 fire detours coming up, Miriam Fire near White Pass and the Bannocks Lake Fire just before Stehekin, WA. Stehekin is at the west end of Lake Chelan. Kelly reports significant smoke in the Yakima valley. Oh, I guess one thing happened…something got up the back of my shirt during dinner and stung me twice! Talk about some hooting and hollering. I’m sure I was performing some kind of tribal looking dance until it free’d itself or maybe I killed whatever it was who knows. Uggg! 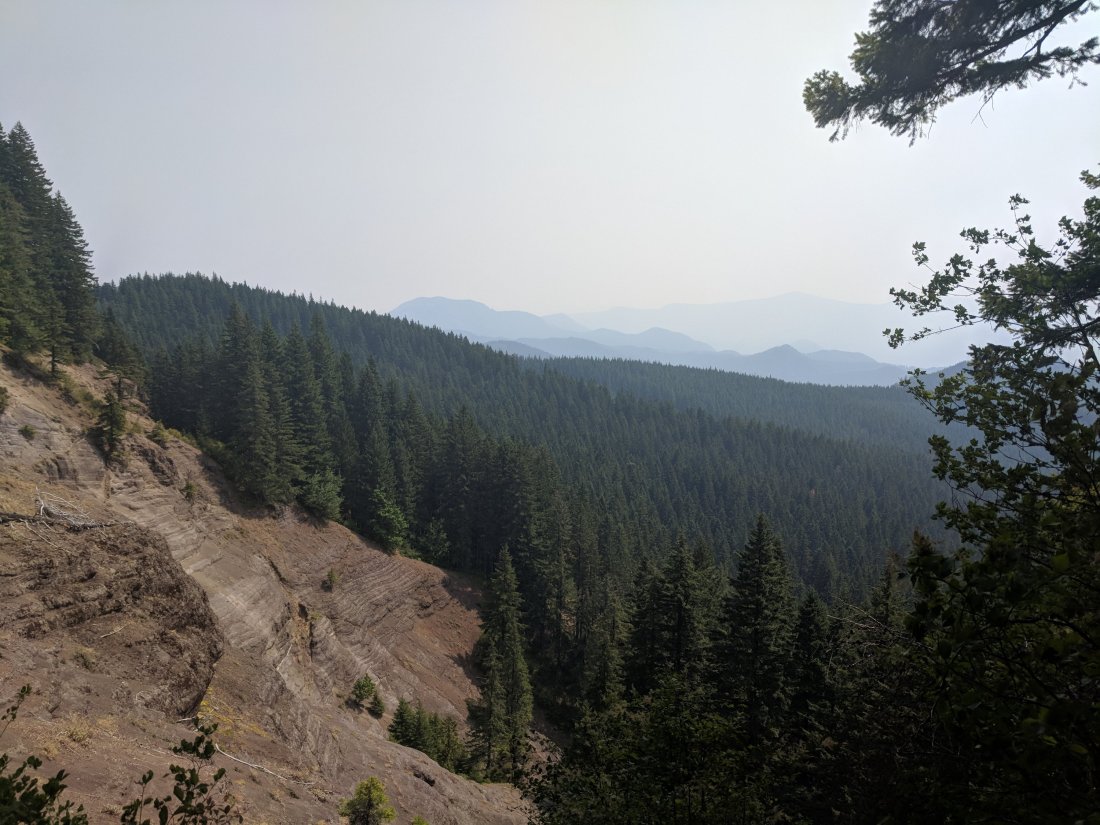 Another Q&A for Troop 3616, Elaine writes:
What’s it like hiking the PCT and is it tiring?

Hiking the PCT is definitely tiring both physically and mentally. Each day I know there will be hills to climb that are sometimes several miles to get to the top. What goes up must come down they say and the down hill parts aren’t as easy as you might imagine. It’s odd to say this but if I had to choose between going uphill or going downhill I would choose uphill because it hurts my knees less. All this up and down is tiring, we usually wake up at 5:45am when birds start singing, have breakfast, load our packs and get on trail by 6:30am. In the evening we’re in bed by about 8:30pm at the latest, this is referred to as Hiker Mid-night.

Hiking the PCT has been so many things for me. It has been fun meeting new people from the USA and from countries like Italy where Ferrari is from, Germany where Peanut Feet is from, Spain where Black Hole is from and the Netherlands where Bud Light is from. There have been so many peaceful times looking across blue sky covered mountains, being in forests filled thick with smoke or fog, each are beautiful in their own ways. When we walk 20 plus miles per day it is easy to forget to stop, sit down and listen to the animals, the breeze or the nearby stream.

There is also the unpleasant side of hiking. For some reason bees liked to fly around my head a lot and I’ve been stung 4 times on my legs. Mosquito’s and biting flies are evil pests too, lol. Having wet shoes and socks when it rained or when I had to cross streams wasn’t great. Fortunately I haven’t been bitten by any snakes! After awhile these things bothered me less and I accepted them for the challenge they are, after all it’s just part of being in nature!

Thank you for sending your question!